Yeah I know. You guys think that title is lame. Whatever.

The fact is they actually are. They have been a brick-and-mortar business for almost a year and are about to host their one-year anniversary party on April 6. They’ll be celebrating with awesome new brews and even some limited-edition barrel-aged beers. There will be live music from local bands and food by Mollie’s Catering and Barya Kitchen. The party will be on from noon to 11pm.

But how did this whole thing start? If you grew up in the Bay Area, you probably think the Camino refers to El Camino Real. Right? Well it doesn’t. The founders of Camino Brewing Co., Nathan Poulos and Allen Korenstein, are, in fact, two Camino Santiago de Compostela fans. They have ridden it by bike twice and have gone back to visit portions of it since. Life, work (both attorneys), wives and kids have prevented them from doing it again, but they wanted to make sure their Camino experience lives on through the existence of the brewery. Pretty cool concept.

So they make Camino-inspired beers. But what does that even mean? Elliot Hoffman, brewer and manager, said that at the beginning it was pretty literal. Nathan said they had seen a lot of Juniper trees on the Galician Massif part of the Camino and Elliot went ahead incorporated that into a Juniper Saison. Neat.

This past winter they came up with a new concept within the original concept by thinking about what the Camino represents and embodies as a journey: birth, death and rebirth. The Camino, other than being a physical challenge, is seen as an emotional journey where people go through a lot of questioning and are “reborn” into new human beings. They want their beer to go through the same concept throughout the year. Now that’s something I can get behind! (Now you get the title? Ha!) They started this past winter with beers of “death” such as Oscura y Tormentosa, a Belgian-style winter warmer. I tried it. Freakin’ delicious. Another example of their “death” series would be the one they released for St. Patrick’s Day —Don’t Stand At My Grave (an Irish red ale, nitro or not). Also very delectable!

When I met with Elliot, he was working on the next batch which will embody the “rebirth” part of the journey. How fitting since they are also celebrating their anniversary around the same time! He said this concept will most likely go beyond this year and become their trademark.

What’s next? Elliot said they are getting two more tanks on Monday to be able to supply Stone Distributing (Stone Brewing) who is distributing for them in Santa Clara. Other than that, they are not opposed to opening other taprooms but nothing is in the works currently. If anything, they really would like to inspire people to go on the Camino and experience it for themselves.

What are you guys waiting for? It’s no big deal… Just get on that Camino already! 😉

What I would do different: Maybe add a little more about the history of the Camino and how that ties into the brewery as well as the whole experience. This would be a nice addition to the taproom for those who may not know about this great voyage. 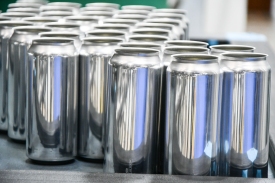 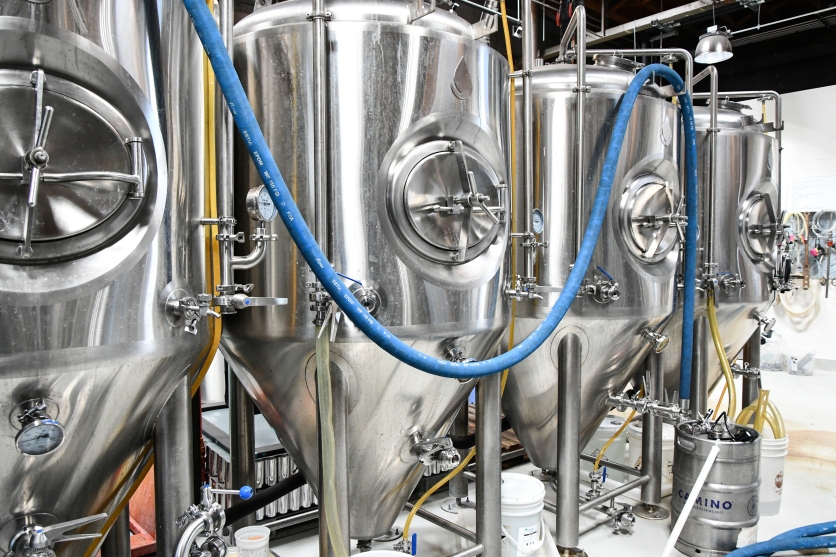 🇺🇸 🇻🇮 It doesn’t really get better than this… a fresh brew after a long day of lounging on the beach on one of the prettiest islands I’ve ever seen. Cheers to this Reef Life IPA from @leatherbackbrewing! 🍻
🇺🇸 🇻🇮 Posting live from paradise aka the US Virgin Islands! I grabbed this quick Island Summer Ale from @stjohnbrewers while waiting for our room at @mville_st.thomas. This 🌈 was welcoming us to the island 🏝 So pretty! Cheers!
🇺🇸 Hey hey hey! Here is a crappy picture of a most delicious poutine from the guys at @poutine.me and an awesome collab from @brewgentlemen and @runthejewels for @barrelandflow 2021 called Blockbuster Night Pt. 1. Great American IPA infused with myrcene. Delish!
🇺🇸 Christmas has come and gone, but who’d ever say no to Santa’s Secret Sauce on Nitro from @locavorebeerworks? This is a super velvety chocolate milk stout with orange. Awesome sauce! Ha! 🎅
🇺🇸 Back in early December, @sallymcbrewski and I visited @goldspotbrewing for the first time. I really liked the vibe + this Never Sleep Again Belgian Blonde didn’t disappoint. I really enjoyed the blood orange 🍊 and tart cherry 🍒 additions. Cheers!
🇺🇸 Ready for some @chainreactionbrewing action? Here it is! DiscomBoBulated Coffee Milk Stout. Super smooth mouthfeel and awesome subtle coffee notes with sweet finish. Cheers! 🍻