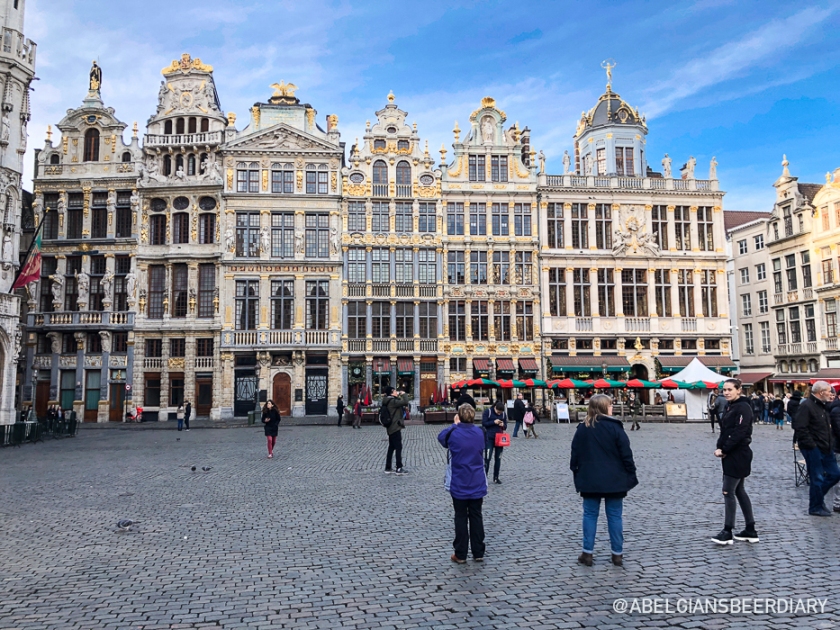 I’ve been back for almost a week and it seems like forever ago. You know… life. But how could I come back from the land of beer and not tell you about my experience? 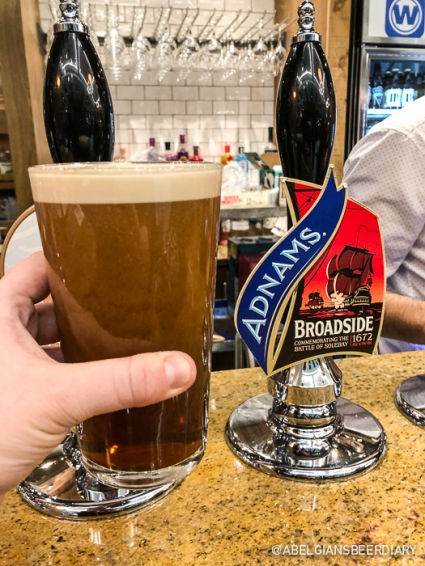 First off, I’d like to reiterate that I am in fact from Belgium, but let’s face it I never delved into it too much while I was growing up there. It’s actually the first time I’ve been back there since I started A Belgian’s Beer Diary so this trip was taken with a lot more intent. I dragged my mom… and then my dad… to a few breweries. All in good faith with no ulterior motive. Right… My parents are workaholics as well so they know what it’s like to work during vacation time.

I flew out of San Jose to London then to Brussels. I unfortunately missed my connection in London,  but that actually ended up being quite beneficial. I tried a few Brewdog brews and had a couple cask ales. Not too shabby.

But then the real fun began. I visited my grandma in Brussels on Saturday and had a Leffe Brune with my lunch. Oh yeah, it’s perfectly ok do do some day drinking in Belgium. No one is going to judge you for that. I then visited my brother and his family in Braine L’Alleud where I had a Grisette Bio. Not bad… but that clearly wasn’t enough to satisfy my beer freak self so I topped it all of with a Waterloo Tripel Blonde at my mom’s in… you guessed it… Waterloo.

Sunday was a lot more tame, but once Monday came around, it was a different story.  I met with my longtime friend Christophe and went to a couple of breweries in Brussels. We first made a pit stop at a small restaurant near Gare du Midi to grab something to eat and had a quick beer with our meal. I had a Ginette Triple if you really want to know. Now about the breweries: Cantillon (never had anything from them before since locals don’t drink it. Americans, please don’t get offended. We really do not actually drink Cantillon in Brussels), and En Stoemelings. Very different experiences. Traditional lambic on one hand at Cantillon and Belgian beers with a twist on the other hand. All in all, it was a successful day I’d say.

Tuesday was a mom day. My mom and I went to Ghent. We had lunch at Pakhuis, an old warehouse rehabilitated into a restaurant, and I had a couple of brews with my meal as well: L’Arogante and Bufo. Then we stopped by Gruut for a flight. Mmmh. Great day!

Wednesday. Oh Wednesday… I spent some time alone in downtown Brussels and stopped at all my favorite (tourist) spots. You know, there is something kind of magical about visiting Brussels when you grew up there and live abroad. I had a Winter Mess by Brasserie de la Senne at Poechenellekelder right across from Manneken Pis. Then I met up with my friend Melissa and had a few beers at A L’Imaige Nostre-Dame, an old estaminet. Loved it! 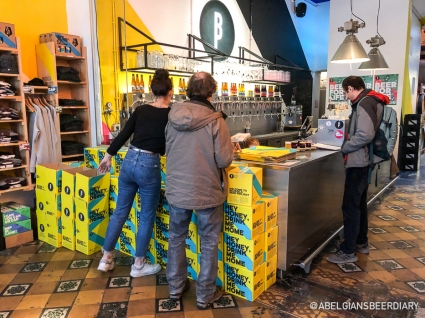 I spent Thursday with my dad. We had to take care of a couple of things in the morning but managed to find time to visit Brussels Beer Project in the afternoon. I had been wanting to visit them for quite some time. Done! I love their concept. It’s definitely inspired by the American model and the American craft-beer movement. I talked to co-owner Olivier when I was there and should be featuring them on the site really soon.

Friday. Friday was VERY tame. I did have  a coupole beers in the evening while dining out with my mom. Nothing crazy because I had to drive and those Trappist ales are not exactly low-ABV beers if you know what I mean. I liked that restaurant a lot though. We went to Itre and had dinner at A la Couronne. Nice atmosphere. Great Belgian food.

I spent Saturday with my grandma at a shopping mall. But you know how it goes in Belgium: There is great beer anywhere you end up. I sipped on an Orval during lunch. How bad could that be? Huh? Yep. I know. Life is rough.

Sunday was my mom’s 60th birthday and believe it or not there was no beer involved. Champagne all the way, baby!

I left Belgium on Monday morning… with a heavy heart but also realizing that my home really truly is in the US now. I had never felt like that before. I always found myself feeling a little lost, not knowing where my home was. I’ve been in the US for over 14 years and recently became an American. I am proud of my roots. Always will be. Hard not to be given Belgium’s culinary scene (among other things), but I don’t feel like I belong there as much anymore… Go figure.

More photos from my Belgium beercation: 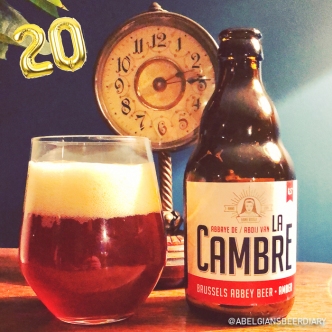 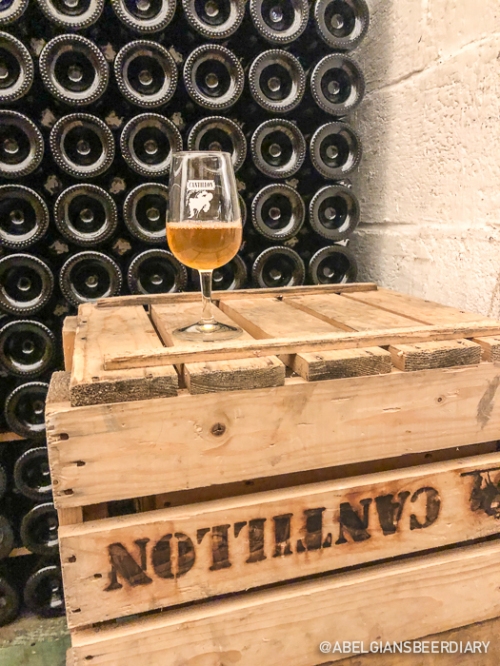 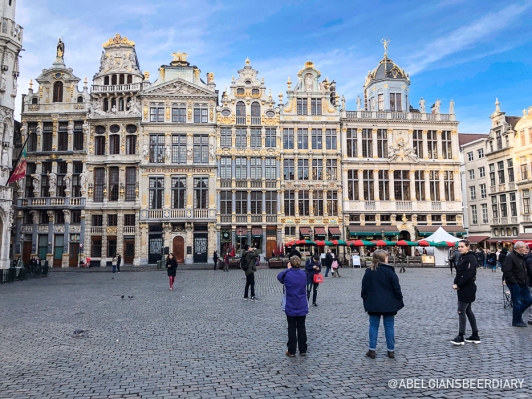 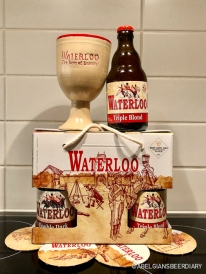 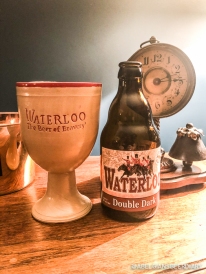 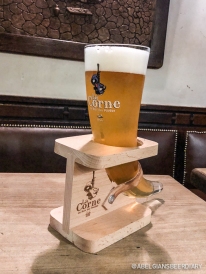 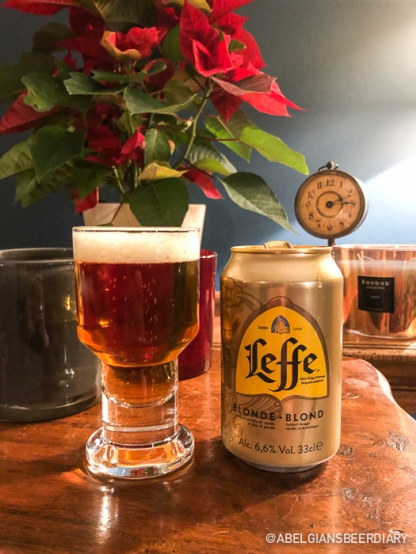 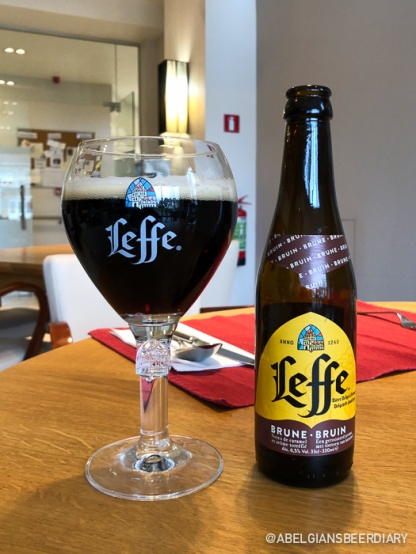